Small Giants or Just Small? How considering less allowed us to do more (A Zingerman's Shoutout)

By 2014 our herd of King of Pops carts had turned into a successful small company. 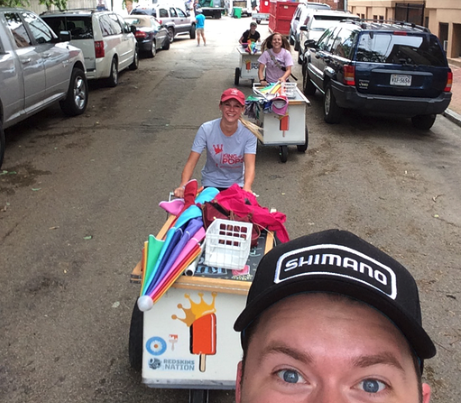 We were four years in, and at every turn it felt like we had a lot on the line. As the years passed, I was increasingly worried that we would make a wrong decision and our lovable little company would come crashing down.

I couldn't imagine a world where pops weren't my primary focus. I had nightmares of telling our folks, who had pushed themselves to the limit, that we had failed.

Still, to say we had a plan was a stretch.

My brother Nick and I had each recently read Small Giants by Bo Burlingham and one of the companies outlined was a deli in Ann Arbor called Zingerman's. It felt a little like who we would want to be when we grew up, and as fate would have it - they had started a training business to teach others what they'd learned over the years. (ZingTrain)

Inspired, we gathered our leadership team and got on a plane to Michigan. We arrived for their visioning seminar not knowing what to expect. It was late January and miserably cold outside, but I knew almost immediately that we were in the right place.

We had been so busy trying to GO as fast as we possibly could, that we had forgotten to think about where we were going. We were moving, but there was no way to know if we were headed in the right direction.

Ari Weinzweig, one of their co-founders, was helping to lead our class and a few hours in said something to the effect of, "would you get in a car and start moving, if you didn't know where you were going?"

I felt simultaneously relieved that we were about to figure out where we wanted to go and disappointed that we hadn't done this much sooner.

It seemed like we were suddenly in a brand new world. Looking across the room at my colleagues I could tell their minds' were racing as well.

I was so proud to be a part of something that could get my heart racing by simply imagining its potential.

The rest goes as you might expect. We laughed, we cried, and on our last night we didn't want it to end so we snuck into our hotel conference room passionately dreaming and debating our future until the early morning. (once our unplanned meeting was discovered the hotel was nice enough to deliver us dinner from their kitchen)

It was emotional because we were weaving our personal ambition into our company story. It was funny because most of life's best moments are.

We made a lot of important decisions that night. It would take several months to complete our vision (you can read it here if you'd like), but it has remained our guiding light through the years.

The way ZingTrain teaches visioning - you paint a picture of a given moment in the future. We choose the first Sunday in November of 2030 ... one of the major decisions we landed on is that in 2030 we were still only doing business in the South.

We realized that our goals were not to get as big as we possibly could, but instead to be a positive influence on our community. That seemed much harder if we were spread too far geographically. 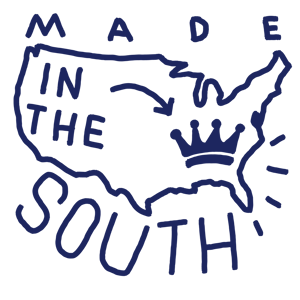 Selling a lot of pops is great, but selling pops to people that are excited to be a part of what you are doing is even better.

So when a Slinger on a cart gets asked about opening a franchise in Los Angeles, they know the answer ...

When one of our Frosty Freaks in production gets asked if they can make enough pops for Wal-Mart ...

Or when Nick and I get asked if we want to give up equity so we can grow faster and become a "global" brand ...

The answer is easy, "that isn't in our vision."

It has been so helpful to know where we are going. We keep getting lost, but when we do, we dust off our map (aka vision) and figure out how to get back on track.